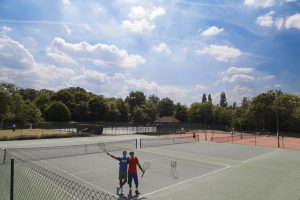 Old College Lawn Tennis and Croquet Club is a friendly and inclusive tennis and croquet club with excellent facilities based in the heart of Dulwich Village. The club caters to all standards of junior and adult players from beginners to competitive match players.